A contemporary military story playing out on submarines, Territory was tasked to create on-set screen graphics with a high level of realism to support this action thriller.

The majority of work fro this film was created by Sam Keehan, Daniel Højlund and Dave Penn. I was able to help out with a few extra screens for a mini sub and some controls for the main Submarine. 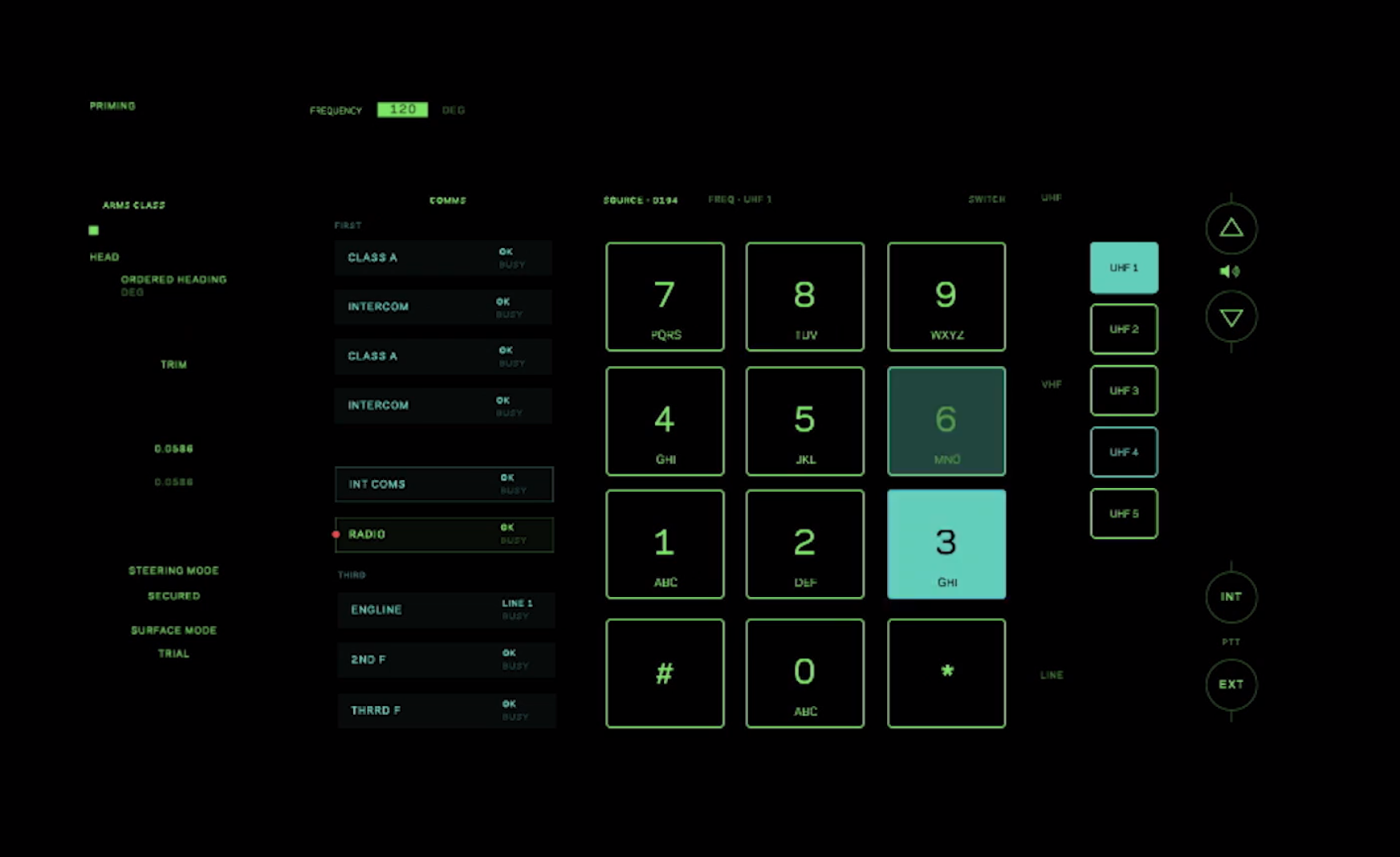